Nicholas “Scott” Vincent is an assistant city attorney for the City of Santa Barbara. In this position, he advises the Community Development Department and the Planning Commission on land use law. He also advises the city’s Finance Department, Fire Department, and Library Department.

Born and raised in Santa Barbara, Scott attended local public schools before transferring to The Thacher School in Ojai, California. He later received a bachelor of arts degree in economics from Bucknell University in Lewisburg, Pennsylvania, before attending the University of San Diego School of Law. A longtime volunteer, Scott has been involved with Special Olympics and the Down Syndrome Association, also assisting the Council on Alcohol and Drug Abuse (CADA) by serving as a Teen Court judge for nearly 10 years. Citing his parents as his role models for public and philanthropic service, Scott (along with his siblings), marked the occasion of his parents’ 50th wedding anniversary by endowing a scholarship in their honor through the SBCC Foundation.

Scott lives in Santa Barbara with his wife, Rachil, and his two boys, Justin and Nate. 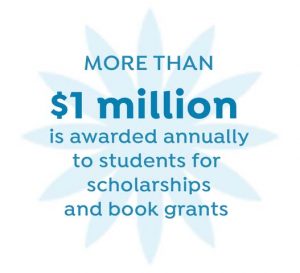 "I am thankful to the SBCC Foundation for providing the Promise, because without it I would not be here, pursuing my education and a career"